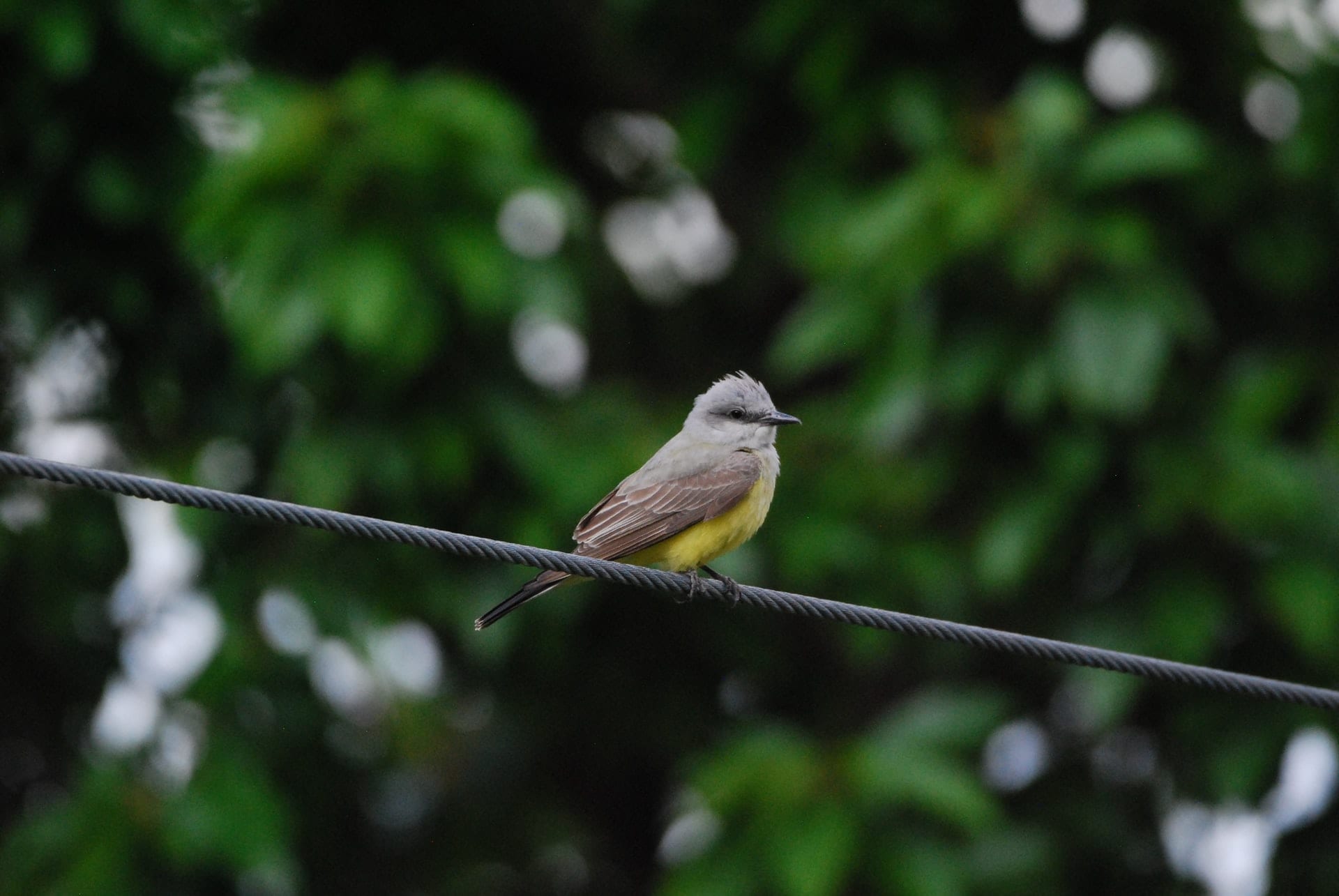 The Western Kingbird is an eye-catching bird with lemon-yellow and ashy gray plumage. They’re a familiar sight during summertime, and you’ll likely see Western Kingbirds in open habitats all across western North America.

These large flycatchers set out to catch flying insects from their conspicuous perches on utility lines or in trees, flashing their black tails with white edges. Western Kingbirds are quite aggressive, and they’ll frequently chase and scold intruders away from their territory with their flared crimson feathers and snapping bills that are typically hidden under their crowns.

How to ID An Western Kingbird

There are four keys to identifying Western Kingbirds:

Western Kingbirds are quite large for flycatchers. They have big heads, broad shoulders, long wings, heavy bills, and a medium square-tipped tail.

Western Kingbirds have a yellow belly, whitish throat and chest, and gray heads. Their tail is mostly black, but their outer tail feathers are white, which are particularly conspicuous during flight.

You’ll often see Western Kingbirds perched upright on utility lines and fences as they wait to hawk insects out of the air or fly off to pick up prey from the ground. These birds will ferociously defend their territories with highly vocal, wing-fluttering attacks. This vocalization includes a long series of bubbling, squeaky calls and a single accented kip note.

Where to Find Western Kingbirds

During the spring and summer, the large, aggressive, flycatching Western Kingbirds with their lemon-and-gray plumage are everywhere, choosing open habitats all across western North America. With their squeaky calls and sharp kip notes, you won’t have trouble spotting them.

In between their flycatching flights, you’ll find Western Kingbirds perched on fence posts, power lines, shrubs, and trees, making them fairly easy to spot along many roadsides.

For those that live in rural areas with open habitats, like large grassy fields, you might notice Western Kingbirds perching on fences or shade trees in your yard. Although they primarily eat insects, they sometimes fruits and shrubs, including elderberry, Texas mulberry, hawthorn, and woodbine.

Did you know these fun facts about Western Kingbirds?

Want to catch some Western Kingbirds plucking insects out of the air? Enter BirdBot — the most intelligent bird camera available. (Plus, you’ll be helping fund the future of ornithology!)