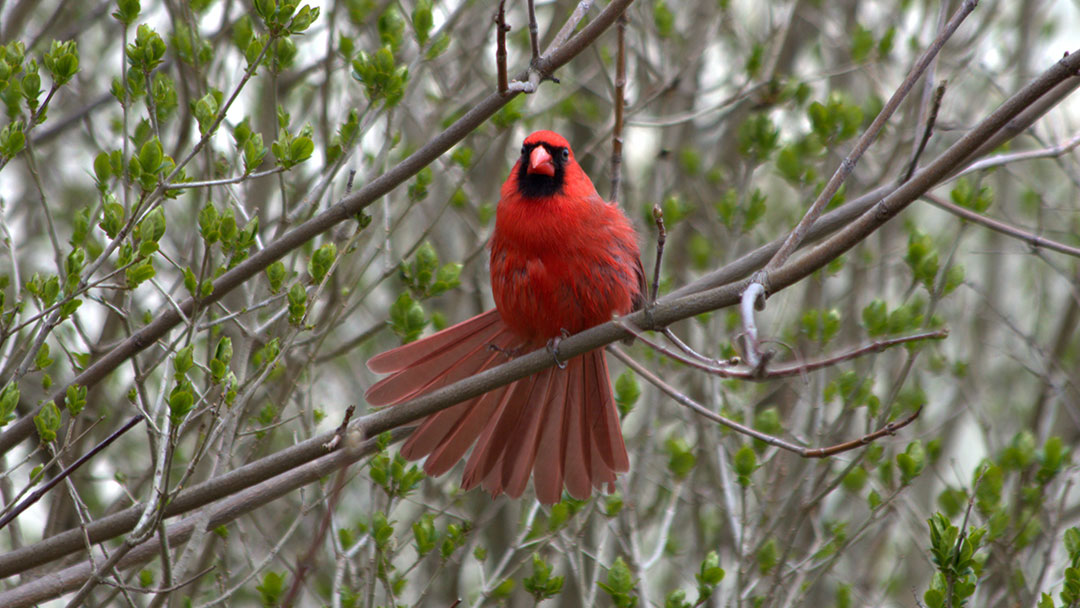 Every bird has its own unique blend of features that makes it unforgettable. The Northern Cardinal is one of the most iconic bird species of the Western world, and for a good reason.

The Northern Cardinal is a bird found in many paintings and photographs, famed for its striking appearance. Are you considering becoming a birdwatcher in the future? Whether you are interested in a new hobby or want to learn more about nature, continue reading.

You’ve likely come across the Northern Cardinal a few times in your life. This bird is widely considered the most frequent inspiration for new birdwatchers aside from owls and jays.

Their vivid coloration, quaint birdcall, and large population make them a great first choice for beginners. You won’t have a hard time seeing them stick out against the foliage of a tree or a bush! Due to their migratory habits, these birds often show up throughout the year.

Younger males are less fluffy and have a more red-pink coloration, while the females are a dusty brown. Female Northern Cardinals have a lovely blush tone on the tips of their wings and around their eyes. No matter the age or sex of the Northern Cardinal, all birds of this species possess a bright orange-red beak. These birds also carry a distinctive crest that flares up when they’re alert or curious.

These birds are a little bigger than other songbirds like the Golden Crowned Kinglet or Old World Sparrows. The full-grown males have a rounder body, while younger males and females are more pointed.

The Northern Cardinal’s name comes from their appearance in North America. Their range expands throughout the United States and some parts of Mexico.

Unlike most bird species, Northern Cardinals don’t migrate. You will be able to discover these birds all year-round, including your own backyard.

Birds of all shapes and sizes look for safe places to nest, forage, and have chicks. Northern Cardinals are no different, so be on the lookout for dense, forested areas.

Northern Cardinals are often found in public parks, overgrown backyards, and shrubs. We’ll talk more below on how you can even get the birds to come to you.

‍Birdwatching is a hobby for everyone. We want to provide you with the technology and knowledge needed to get the most out of your passion.

Northern Cardinals are a rather sociable bird and are frequently found in pairs. You’ll find these birds foraging in shrubs or digging around in the ground for food.

Related: Black-Capped Chickadee: Why This Chick is Important to Our Ecosystems

It’s time to sharpen your ears! Birdcall is how you identify one bird from another before they make an appearance.

Do you want to increase your chances of spotting a Northern Cardinal? Here’s a fantastic tip. We recommend gathering sunflower seeds and sprinkling them around your backyard.

While birds are fond of seeds in general, Northern Cardinals are in love with sunflower seeds. Make sure to use plain ones, since flavored seeds could have poisonous ingredients for birds.

If your backyard is too plain and bare, consider adding new shrubs to give Northern Cardinals a place to hide. They’ll flock to your home in no time!